Google Wants You To Pay Their Tax Bill For Them

The cost of advertising on Google Ads in the UK is about to increase by 2%.

It's because of the new Digital Services Tax (DST) which is being levied on large digital businesses. But Google has decided that you should pay this new tax for them.

As one DST ends, another will begin

In the UK, the clocks will go back an hour on 25 October 2020 as Daylight Saving Time (DST) comes to an end. Google's Digital Services Tax (DST) levy will come into effect a few days later on 1 November 2020.

What is the Digital Services Tax?

In short, DST is an additional tax which was introduced in April 2020 by the UK Government. Companies that run search engines, online marketplaces, or social media platforms - i.e. Amazon, Google, Facebook, et al - will need to pay an additional 2% tax on the bulk of the revenue they earn in the UK.

The idea of DST is to "level the playing field" and get more tax revenue from those internet giants who have, rightly or wrongly, developed a reputation for paying less than their fair share of tax in the UK.

What is Google Doing About the Digital Services Tax?

Google has announced that, rather than simply accepting the 2% DST as an unavoidable cost of doing business in the UK, it will be passing this extra cost straight on to its advertisers as from 1 November.

So it will now be the advertisers that gets stung for the extra 2% DST instead of the big multi-national company it was aimed at.

And it's not just advertisers who are physically located in the UK who will be paying Google's DST bill for them. DST applies to all the revenue (apart from that first £25m) that Google generates from any adverts that are shown in the UK. So, wherever you yourself are based, if you run Google Ads to a UK audience you will see the 2% levy applied to your bill as from 1 November 2020.

Is It Only Google Ads That's Affected by DST?

All of the big internet companies such as Google are liable to pay DST on their UK revenues. Amazon began passing on the extra 2% to its third party sellers at the start of September 2020.

At the time of writing (September 2020), there have been no announcements from the likes of Facebook, eBay, and Microsoft with regards to introducing a DST levy. But it is not hard to imagine them also deciding to pass on some or all of the additional tax to their advertisers/sellers if they see Google getting away with it.

Do I Really Have to Pay Google's Digital Services Tax Bill For Them?

Well, strictly speaking, it's still Google's tax bill and it is still Google that has to pay. It just happens that they have chosen this particular moment to decide to charge an extra 2% for any ads that are served to a UK audience.

So do you have to pay this extra 2% levy? Well, no you don't. But the only way to avoid paying it is to stop running Google Ads to a UK audience.

And if you're a small business that relies on Google to bring you new clients and customers, then you're not really in any position to walk away from them. I mean, where are you going to go instead? Bing? Yahoo? Only if you're happy to kiss goodbye to 70% of the online search audience.

What Can Google Advertisers Do About DST?

Some digital marketing consultants are predicting that, in an effort to cut costs, their clients might stop using external agencies and consultants to manage their Google Ads campaigns on their behalf.

Personally I don't think that's going to happen on a large scale because most successful advertisers know that professional Google Ads management tends to pay for itself because it increases the volume of sales or leads generated and reduces wasted spend.

Who's to Blame for the Digital Services Tax Levy?

Some people will say that it's wrong (morally if not legally) for Google to be passing this tax on to its customers, especially as so many of them are those same small businesses who were supposed to indirectly benefit from this playing-field-levelling tax.

Other's will argue that, by passing on an increase in operating costs to its customers, Google is just doing whatever any sensible business would do if it thought the market would stand it.

Or you could take the view that this is all the UK Government's fault for drafting the Digital Services Tax legislation in a way that makes it very easy for those big companies it was targeted at to get someone else to pay it for them instead.

What do you think of the Digital Services Tax?

Was it a bad idea right from the start, or is it simply a good idea that's been poorly executed?

And who's to blame for the fact that small businesses are now going to be the ones paying for it?

Let me know your thoughts in the comments below or join in the debate on LinkedIn. 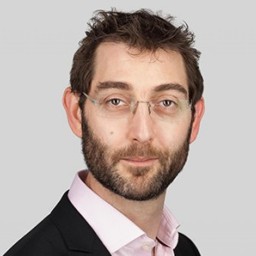 What Do the Different Bidding Options Mean in Google Ads and Which Bid Strategy is Best?

The Simplest Way to Improve Your Google Ads Campaigns